Hey all, Just letting you know that the other mod I work on, qCraft, just got a big update. Here’s Toby from mcspotlights with the lowdown:

There’s a bunch of new features for manipulating Quantum Mechanics using redstone, but the star feature is something bigger: Quantum Portals. Taking inspiration from the “many worlds” interpretation of Quantum Physics, Quantum Portals allow you to teleport yourself and your items around your world, between dimensions, and even to different servers. With a network of Quantum Portals, it’s now possible to link up all the different servers you play on to make a single, persistent world!

Grab the download now from qCraft.org, and expect this to appear in some of your favourite mod packs shortly.

ComputerCraft requires Minecraft version 1.6.4 with an up to date version of Minecraft Forge installed. Once you have Forge, drop the files into your /mods/ directory, and launch Minecraft.

Do you love ComputerCraft, or know somebody who does? Are you bad at picking out gifts for the holidays? By now, the solution should be obvious: 3D Printed Turtles!

I put these together last year and they were very popular, so this year I’ve revamped the site and added several new types of Computers and Turtles for purchase. They’re super tough and durable, they make great desk toys, and they support me in the development of ComputerCraft (Minecraft modding is my full time job now, so this is extra appreciated!). If you order before December 16th, they’ll arrive in time for Christmas, and if you order right now: shipping is free on large orders. So don’t hesitate, add some Turtles to your life today.

This time last week, the Minecraft community gathered in Orlando, Florida for MINECON 2013, and I was lucky enough to join them! I was primarily there to represent the qCraft project, but I had plenty of of time to talk about ComputerCraft and BILLUND too. Here’s what I got up to:

First up was the Developing Mods panel, with myself, Direwolf20, Pahimar, LexManos, cpw, Benimatic, LazerTester and Kainzo, and moderated by Sacheverell. Despite some variable questions, it went well, and over 1100 people turned up to watch us talk about modding. Some of the guys got together again for a second panel on Sunday evening, and that’s worth watching too.

When I wasn’t on panels, I was helping to show people qCraft at the giant booth Google assembled for the event. I was absolutely blown away by the presence qCraft had at MINECON this year; aside from the booth, we gave a very well received panel, were mentioned by Lydia in the opening ceremony, and we gave away over 2000 t-shirts with our logo on it. Seeing people walking around wearing these was surreal!

Of course, the best part of any MINECON is meeting everybody. It was great to hang out with so many people from the Forgecraft server, my sometimes colleagues from TeacherGaming and E-line Media, friends from the community, the Mojangstas, and the hundreds of people over the weekend who came up to me to ask for my autograph or just chat about modding.

Overall, it was great! You can watch the whole event on the Mojang livestream, but it doesn’t capture the experience of being there. If you can get a ticket next time, I recommend it. I’ll definitely keep going to these as long as Mojang keep hosting them!

Hey there! Just a short notice to say that a little while ago I switched computercraft.info to a new web server managed by the people at vudoohosting.com. This was generously provided by them for free, so please: pay them a visit to say thanks! They offer a wide variety of hosting services for Websites and Game Servers (including modded Minecraft servers), so if you’re looking for a server, Try them out!

One year ago, I booked a ticket to MINECON in Disneyland Paris, and recorded a short video submission to appear on a panel and talk about ComputerCraft. It’s no exaggeration to say that this action changed my life. I got accepted on the panel, and when I was there I made connections that eventually led to me being able to quit my job to work full time on exciting projects like qCraft. Naturally, this year I’ll be going again! I’ll be sitting on the following panels:

When I’m not on stage, I’ll be hanging out at the qCraft or MinecraftEdu booths or out and about wandering the convention floor, and there are a few ad-hoc meet and greet sessions planned with fellow mod developers and ForgeCraft members. As always, if you want to track me down, the best way is to Follow me on Twitter, I’ll be posting about my whereabouts whenever anything interesting is happening. See you in Orlando!

A couple of months ago, I was approached by Joel Levin (a.k.a Minecraft Teacher), asking if I was interested in developing a very special Minecraft mod, a mod that was both fun and educational, and was based on the principles of Quantum Mechanics. That mod is qCraft.

Developed with the help and backing of TeacherGaming, E-line media, Google and CalTech, it can now be found in the very latest versions of the FTB Unleashed, Tekkit and Hexxit modpacks. I hope you enjoy playing it as much as I did making it.

ComputerCraft and BILLUND both require Minecraft version 1.6.4 with an up to date version of Minecraft Forge installed. Once you have Forge, drop the files into your /mods/ directory, and launch Minecraft.

A while ago I was interviewed by Mark Ward from the BBC about Minecraft, ComputerCraft, and its use in learning Programming. Today, the article was published! With quotes from myself, Minecraft Teacher and others, it can be found here on the BBC News website.

If you’ve just read the article and you’re visiting computercraft.info for the first time: Welcome! Check out our Getting Started page to learn more about ComputerCraft and what it can do. 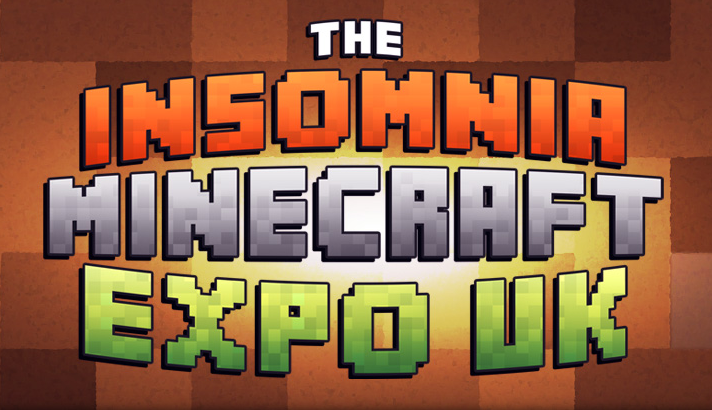 Good news everyone! This weekend plays host to Minecraft Expo UK at the Insomnia gaming festival in Telford, England. A lot of huge names from the Minecraft community are going to be there, and ComputerCraft is no exception. Me and Cloudy will be appearing at the following events:

It should be fun! I’m personally looking forwards to meeting Cloudy for the first time, and all the cool people I haven’t seen since MINECON last year. I’ll be there all weekend and I’m fairly approachable, so if you’re going and you want to meet me outside of one of the events above, follow me on Twitter to stay up to date with where I’m at. If you’re not, stay tuned: all the panels will be recorded and put online after the event. See you there!