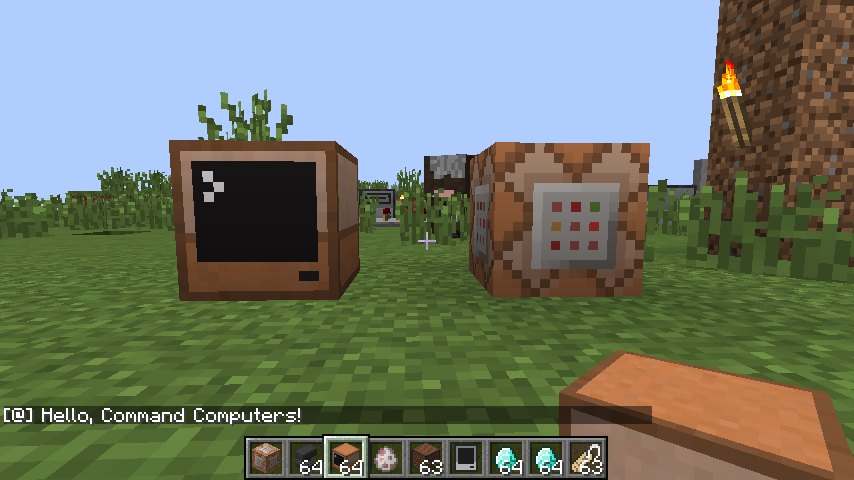 ComputerCraft 1.0 was released at 10pm on December 24th, 2011. This means that, as of 10 minutes ago, ComputerCraft has been available for download for three years! Thanks to everyone for sticking with it for all this time. 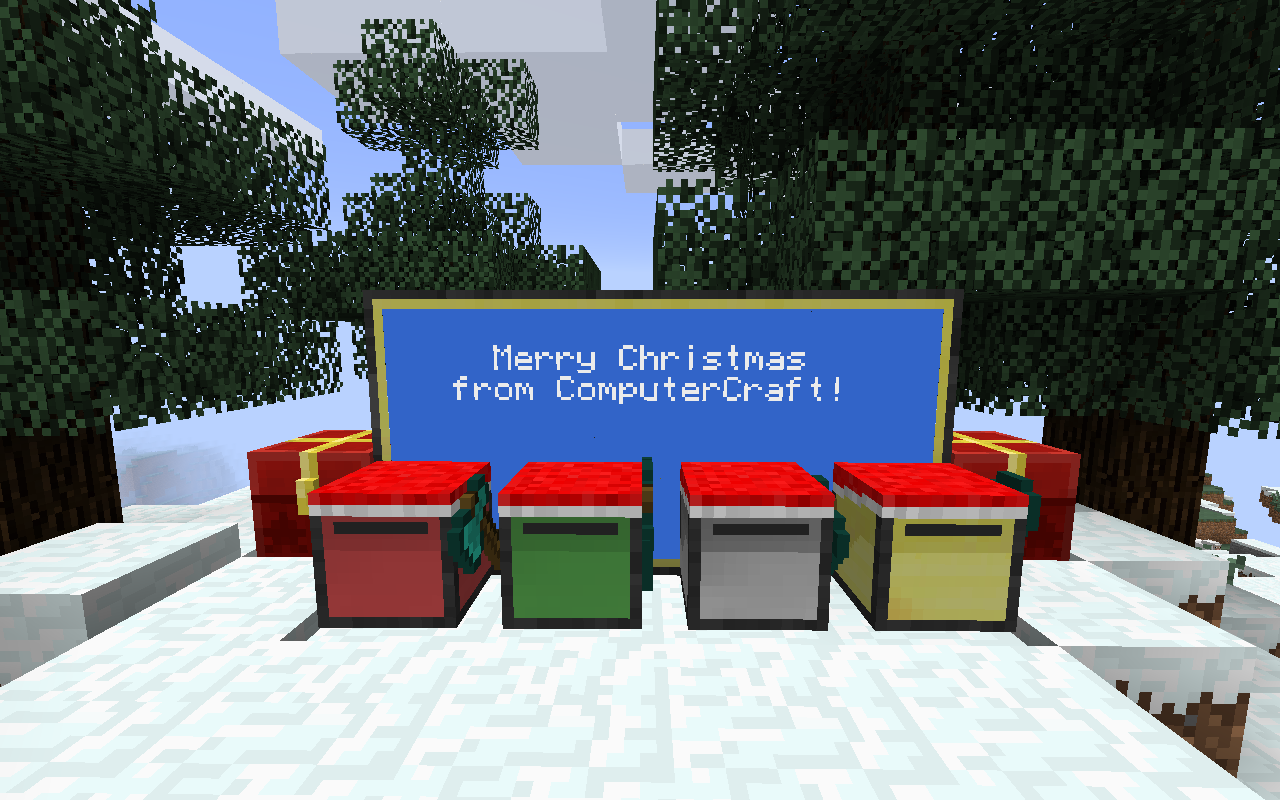 For the next week, all the Turtles in ComputerCraft will be wearing their hats to celebrate. I hope you’ll join them.

Hey all. This is just a small update to fix some small bugs that have been getting in the way of people enjoying ComputerCraft 1.64:

ComputerCraft 1.65 requires Minecraft version 1.7.10 with an up to date version of Minecraft Forge installed. Once you have Forge, drop the files into your /mods/ directory, and launch Minecraft.

Enjoy the update! And while I have your attention, check out the new game I’ve been working on: Redirection. End of plug.

Better late than never, ComputerCraft has been updated to Minecraft 1.7.10! There’s also some powerful new functions that allow Turtles to inspect blocks and items in much more detail. As always, thanks to everybody who helped beta test this release over the last few months!

ComputerCraft 1.64 requires Minecraft version 1.7.10 with an up to date version of Minecraft Forge installed. Once you have Forge, drop the files into your /mods/ directory, and launch Minecraft.

For those interested, the reason this update has taken so long is that I’ve been busy working on my new game Redirection, which has now been released! Head over to itch.io to check it out. Every purchase helps me to earn a living, which means more games, and more ComputerCraft updates. It’s also quite a fun game, and getting it now gets you a chance to make levels and have them be included in the release on Steam, so I hope you’ll consider it.

Today I recorded a new video showing how to play the new “redirection” minigame in ComputerCraft 1.63, I’m rather proud of it:

Just download ComputerCraft 1.63 and type “redirection” as shown in the video to play it. If you like the look of the “real” Redirection shown at the end of this video, be sure to visit Redirection on Steam Greenlight and vote “Yes”. We’re 85% of the way to the elusive top 100 list now, so we need all the votes we can get to cross the finish line. If you’ve already voted, tell your friends to!

Hey everybody, it’s update time! This one brings a handful of bug fixes reported by our beta testers, and some new cosmetic features you’ll be dyeing to try out: 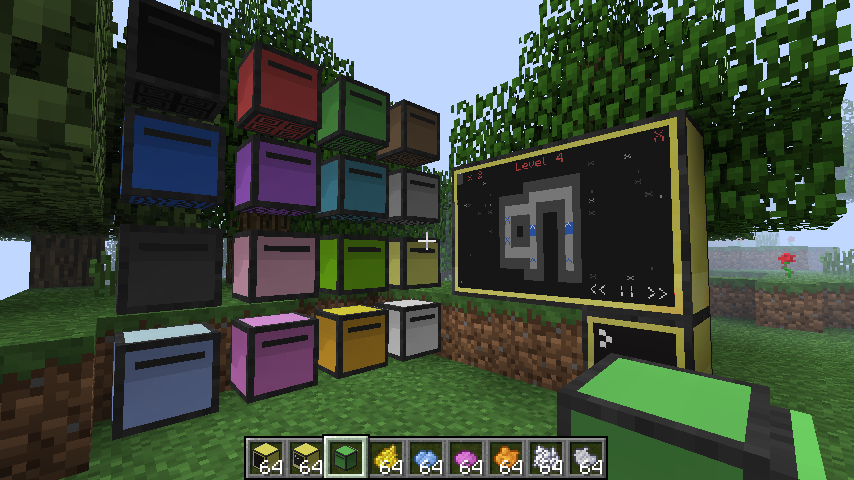 ComputerCraft 1.63 requires Minecraft version 1.6.4 with an up to date version of Minecraft Forge installed. Once you have Forge, drop the files into your /mods/ directory, and launch Minecraft.

Thanks a lot to everyone who helped beta test this release and report bugs. The huge refactoring in 1.6 was a rocky road in terms of bugs, but I think we’re pretty steady now. See you after the Minecraft 1.7 port!

Hey there, this is dan200, letting you know that when I’m not working on ComputerCraft or my other Minecraft projects, I like to dabble in independent Game Development. To this end, I’ve been quietly working on a new puzzle game called Redirection for a little while now. Here’s Direwolf20, who was kind enough to do a spotlight video of my work so far:

Yesterday, I submitted Redirection to Steam Greenlight. If it gets enough votes on there, I’ll be able to sell the game on Steam, and hopefully make enough money to continue developing games and mods as my full-time job for a little while longer. This means more games, more ComputerCraft updates, and me not having to get a proper job again!

If any of this interests you even a little bit, please: visit Redirection on Steam Greenlight and vote “Yes”. I’ll be eternally grateful.

We found some more crash bugs, so had to do another update. This is what happens when you decide to refactor an entire mod from the ground up! Consider that lesson learned. There is one new feature though: “chat” now supports IRC commands!

ComputerCraft 1.62 requires Minecraft version 1.6.4 with an up to date version of Minecraft Forge installed. Once you have Forge, drop the files into your /mods/ directory, and launch Minecraft.

Hey all,
With an update as large as ComputerCraft 1.6, it was inevitable that a few bugs would slip through testing. This update addresses those. Specifically: it fixes cases of Computers not rebooting on Server restart, and of new Computers with different IDs all sharing the same folder structure. Enjoy!

ComputerCraft 1.61 requires Minecraft version 1.6.4 with an up to date version of Minecraft Forge installed. Once you have Forge, drop the files into your /mods/ directory, and launch Minecraft.