The Disk Drive arrived with the ComputerCraft 1.2 update and with that also came Floppy Disks. The Disk Drive is an object that, when placed adjacently but not diagonally next to a computer, does the same as a disk drive for real computers in the real world would do: they allow the access to portable data storage devices (Floppy Disks). Since the ComputerCraft 1.6 update, both types of Pocket Computers can also be inserted into disk drives, allowing access to their files. As of 1.77, all systems other than Command Computers can be used as disks. 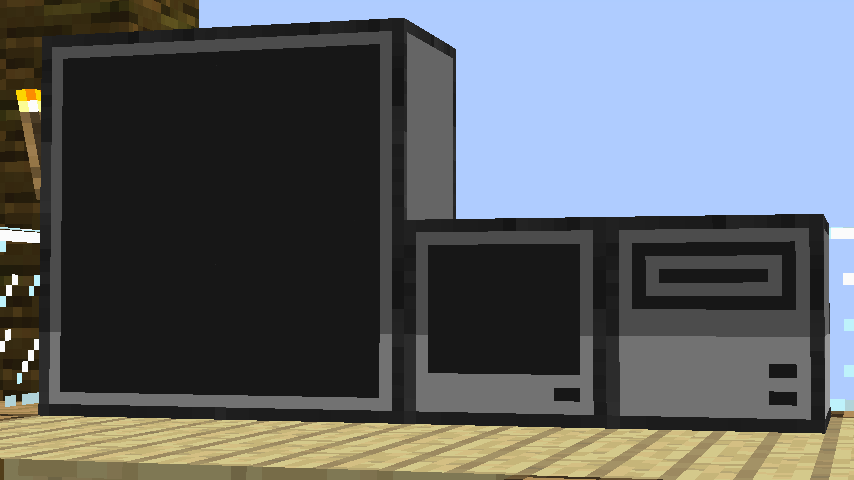 A 2x2 Monitor, connected to a Computer, with a Disk Drive connected. 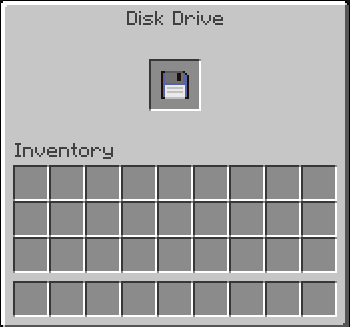 GUI of the Disk Drive

To use a disk drive, place it adjacently but not diagonally next to a computer (left, right, top, bottom, front, or back side). Insert a disk by right-clicking on the disk drive and placing the disk in the slot above the inventory. When a disk is inserted, a disk event is fired, and when a disk is removed or ejected, a disk_eject event is fired.

If you sneak and right click the disk drive with a disk/music disc in 1.4+ the disk will placed into the Disk Drive without needing to open the disk drives interface.

In ComputerCraft 1.6 and above, Pocket Computers can also be inserted into a disk drive to browse their files. 1.77 and later allow all systems othat than Command Computers.

In ComputerCraft 1.7 and above Disk Drives can be renamed using Anvils.